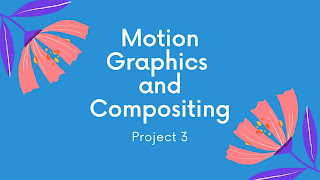 For our third project, we are required to create a channel identity. We can choose if we want to continue on from the previous project, or we can also start it as a new project.

Since I've done channel bumper previously for the second project, I thought it'll be nice to have a continuation for the third project.

As usual, I start looking for references and creating a moodboard  for the project.

Compilation of moodboard and sketches

Since I'm doing a continuation from the previous project, I decided to stick with the previous art style to maintain its consistency. I have a clear idea on how I wanted the animation style to be like based on the references that I found on Pinterest.

After I have a clear idea on the art style, I proceed to work on the storyboard. I decided to generate the storyboard based on the phrases: Explore, Adventure and Inspire, as I felt like it describes who I am and who I aspire to be. 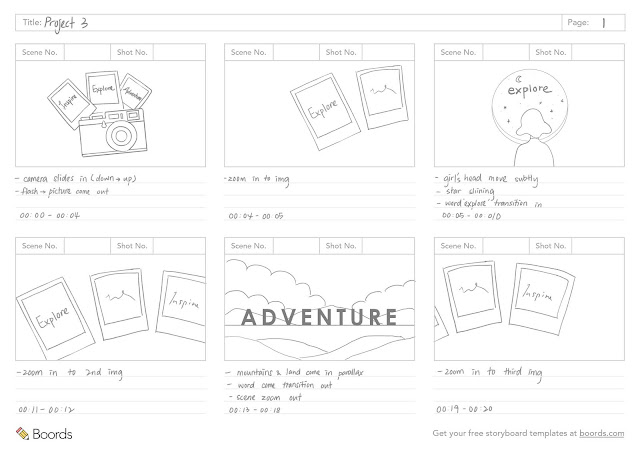 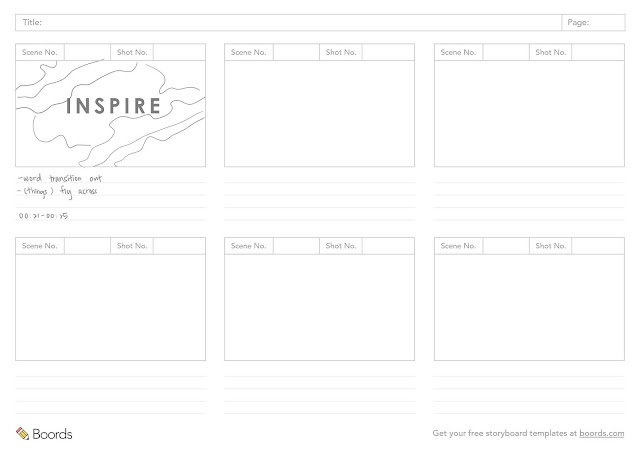 When creating the storyboard, I have a clear idea on the overall animation flow, but I got stuck when generating ideas for the visuals as I weren't sure what kind of visuals that I need to put in there.

I took my time on Pinterest and look for more references and ideas for the visuals, and I came out with the final storyboard: 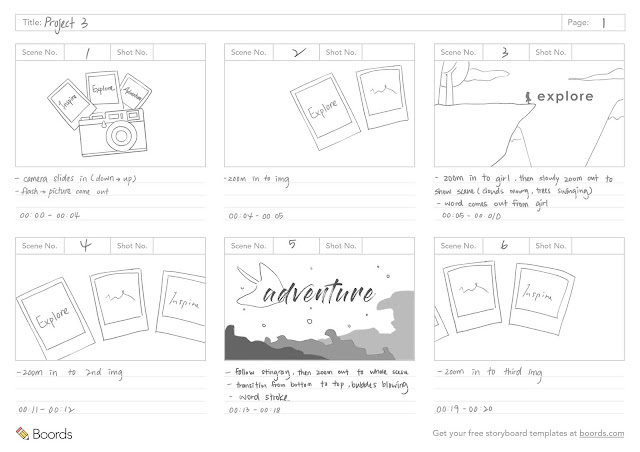 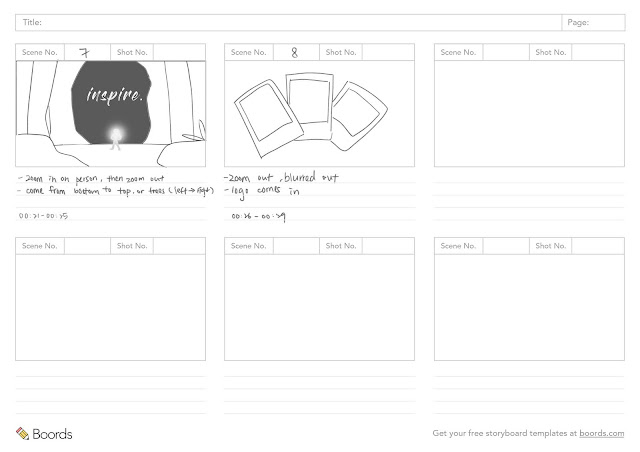 
One of the requirements for this project is to create a short animatics for the animation, so right after I finalize the storyboard, I started to work on the animatics as well. Since I've had done animatics last semester, animating it was comparatively easier.

After having the animatics done, I also proceed to create visuals for the animation. Since there's more scenes this time, creating the visuals takes up more time. I did the illustrations in Ai, and I saved different scenes into different files. 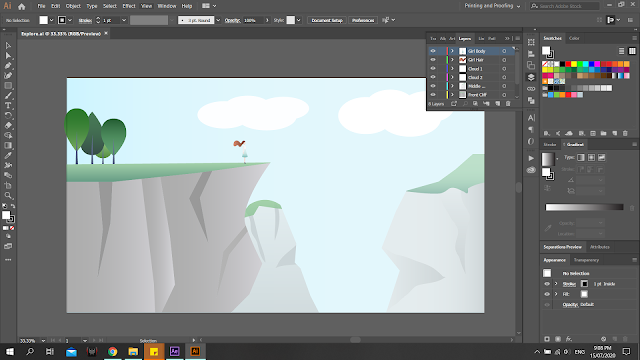 Below are some key visuals for each scenes: 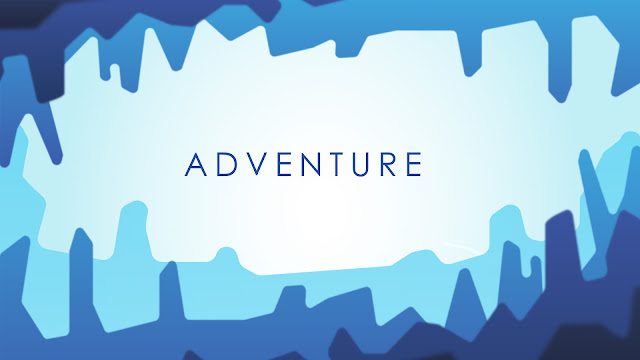 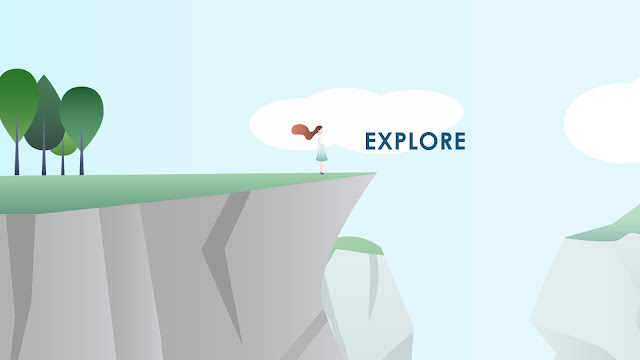 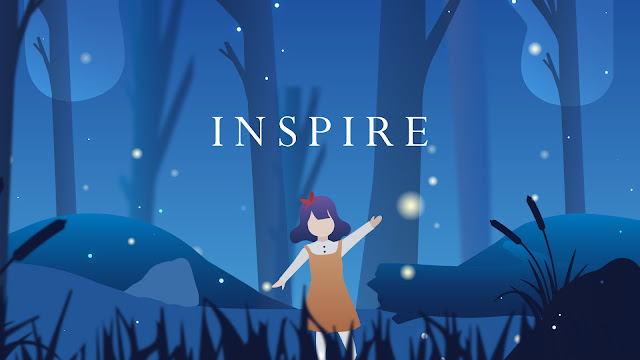 After I'm happy with visuals, I start to animate it in After Effects. The animation process this time is much more complicated as opposed to the previous ones as this time it involves using 3D feature in Ae to create a parallax effect. Another issue that I face was animating the first scene of the video, as it requires to zoom in to the particular pre-comp, which ultimately would be hard for my laptop to process and handle. 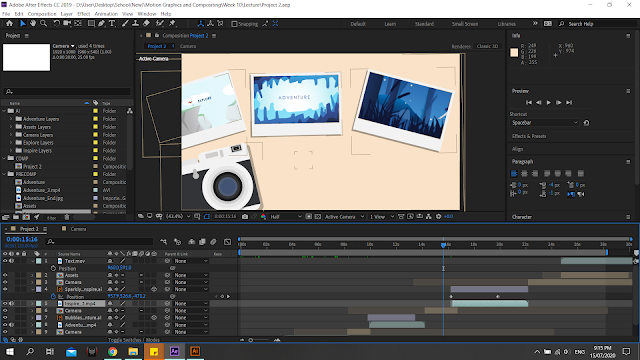 Fig 1.4 Animating in After Effects

Fortunately, despite all the challenges, I was able to overcome them. With tutorials from YouTube, I was able to achieve what I'm hoping for for the end result.

Below is my final outcome for the project.

Week 9
Mr Fauzi is okay with the moodboards and artstyle I propose, and asks me to proceed with the storyboard and sketch process.

Week 10
After consulting with Mr. Fauzi, he gave me a few tips on how to solve the issue of zoom into another precomp from a precomp after I raised my concerns about the animation to him, but overall he approves of the storyboard after I showed him my finalized storyboard. The animatics was also clear and he can visualize it better with the animatics now.

Week 11
Since I've start working on the precomps, Mr Fauzi gave me a few suggestions on the keyframes to make the animation looks nicer and smoother. But overall he's okay with the progress that I have and asks me to move on.

Week 12
Mr Fauzi suggests that I could put in some sound effects in the video to add more ambiance to the animation. He also gave me more advice on the animation to smoothen the flow of the animation.

Week 9
I have a hard time deciding on the visuals that I wanted to use for my scenes as my scenes are a bit hard to visualize. But once I've made more research and looked for more reference, I managed to come up with the final visuals for each scenes, and I can't wait to illustrate it.

Week 10
Creating the animatics wasn't really hard and also manage to have a better visual of how the animation is going to be like based on the animatics. I believe the animatics would provide me the visuals when I start animating, and therefore cut down my production time.

Week 11
I'm pretty happy with how the visuals turned out, and I can't wait to animate it. I learned to make use of small and subtle elements to make the composition more interesting and fun.

Week 12
With the final animation coming out, I was happy and relieved that I was able to overcome some of the technical issues that I've raised to Mr. Fauzi before. I learned that sometimes in animation its okay to use visuals to cheat and trick the viewers eyes as long as the animation runs smooth and is not out of place. 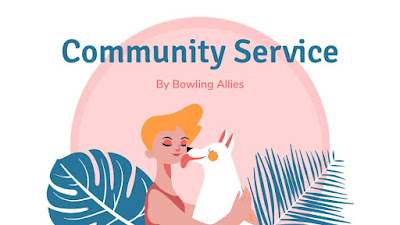 Lee Yu Hui
Hi there! I'm just a normal petite asian girl with lots of funny thoughts in my head all the time!